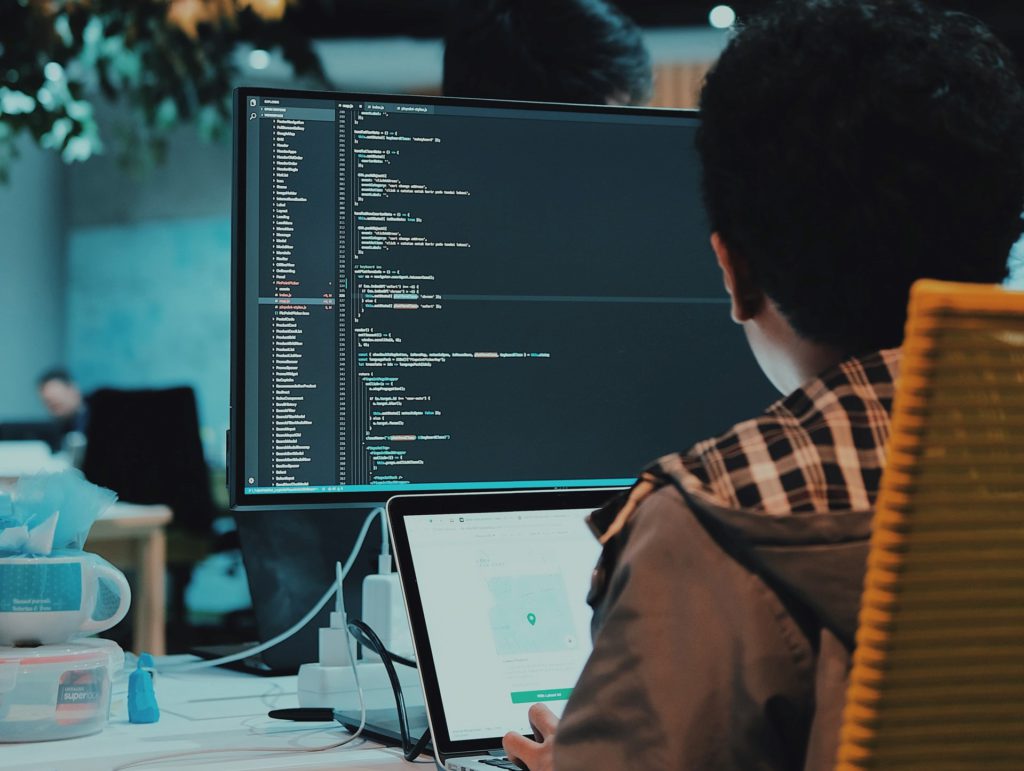 Being present in everyday modern life, computer science has become a necessity, and coding for kids is one of the most popular topics. Nowadays, the basics of coding can even be taught in kindergartens. It is considered that children who learn the logic of coding will become more successful problem-solvers and develop better critical thinking skills. Since software is our present and will most definitely be our future, this set of skills can turn out to be useful. Among numerous programming languages available, it is not easy to decide which one is best for young learners.

An important thing to consider is the difference between visual coding and writing the actual code. Visual coding is probably better for younger kids since it does not demand such focus, thus it will not be stressful or frustrating for the learner. This kind of language for kids provides a visual environment (programming interface) where the software is instructed by a child what to do (e.g. drag and drop blocks of code) and displays the proper code in the end for a child to see. Object-oriented programming concepts are the best possible choice for children to learn if they consider programming as their career. Visual block languages are a good starting point until kids are proficient enough to switch to text-based coding.

We recommend the following languages as most suitable for younger learners.

Probably the most visually engaging and intuitive platform. It is a block-based educational tool designed for children from 8 to 16. Scratch was developed at the Massachusetts Institute of Technology (MIT) and is completely free. It is a perfect way to introduce the kids to the world of coding. Even kids with no previous knowledge are able to build code and design games. The simplicity of the platform reduces the stress of learning to zero and allows the users to express themselves and be creative.

Blockly can be defined as a block-based client-side library for JavaScript. It is a Google project that resembles Scratch. The difference is that Blockly is actually assembled from a few existing coding languages.

It is very simple to use – blocks taken out of a toolbox need to be linked in sequences until the problem is solved. The program will then check the work and find errors if any.

Unlike the previously described visual coding languages, Python is a high-level object oriented programming language. With Python, children can acquire the fundamentals and logic that can be useful for acquiring other coding languages and digging into software development. There are various unique and fun Python courses online that provide an enjoyable game-based learning experience.

4. JavaScript (with HTML and CSS)

Although technically not programming languages, HTML and CSS are crucial for web development along with JavaScript. HTML provides content and CSS adds style to the website. In addition to that, they are a great way to express children’s creativity since they are actually used to design web pages and applications. JavaScript is there to provide the logic, but there is no great user experience without these two presenting the code. JavaScript is a powerful object-oriented programming language usually recommended for children older than 10 or with some basic coding knowledge. Being the language of the web, it is one of the most popular programming languages today. If the children are prepared for text-based coding, JavaScript is a perfect choice.

Can Gaming be Used for Learning?
How Important Are Mechanical Keyboards?